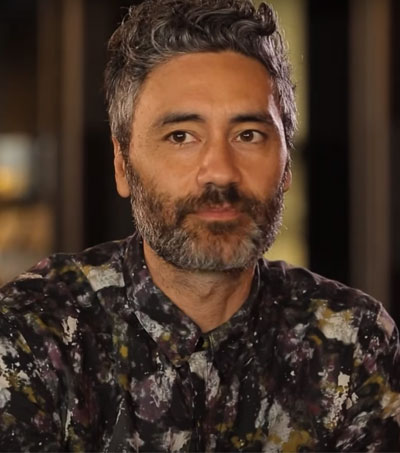 ”The vast majority of us lack the happy-go-lucky charm of New Zealand’s favourite writer/director,” writes Clarisse Loughrey for The Independent. She is talking about Taika Waititi, who currently is working on one of Hollywood’s biggest productions, Thor: Ragnarok.

His work “offers nothing but effusive humanity in an industry perpetually obsessed with illusion and self-mythologising,” according to Loughrey.

On film making Waititi said “I just wanted to try it out, so I wrote a couple of short films and did those. They did really well and I guess I didn’t really have a proper job at the time anyway, so decided to keep going with it. So, I slowly fell in love with it. It was kind of like an arranged marriage.”

“His sense of humour will always be what fans know him best for,” according to Loughrey.

His 2005 short film Two Cars, One Night earned him an Academy Award nomination, and his directorial debut Eagle vs. Shark was promising. However, “it was 2010’s follow-up Boy which truly launched him as a major creative force in his home country,” according to the article.
The “delicate emotional balance tucked within Waititi’s work can often be quite hard for audiences to pin down”, but “it’s also what’s helped to craft him such a unique voice,” writes Loughrey.

“At the moment, I’m a filmmaker, that’s not my job. My job is to express myself,” said the Hunt for the Wilderpeople director.
“I know what I want to see from a scene, but I still don’t know the names of much of the equipment on set. But, then, I also know if I can communicate what I want with people, then that’s fine. You don’t have to know the names of anything. I’m learning, though. With every job I learn a new piece of the terminology.”

“The future brings an even greater adventure for the director, launching himself fully from New Zealand’s shores and into the careful mechanics of the Hollywood studio machine” with Thor Ragnarok.

Tags: Hunt for the Wilderpeople  Independent (The)  Taika Waititi