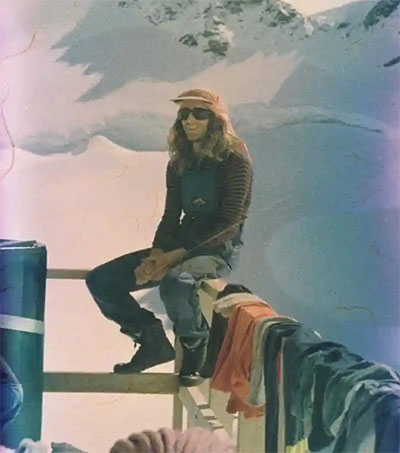 Two decades ago Richard Stiles escaped an avalanche on Aoraki Mount Cook, but friend Steve Robinson wasn’t so lucky. Now the mountain has given up some of its secrets, Tory Shepherd writes for The Guardian.

When mountaineer Chris Hill found a backpack with an old camera in it on the Hooker Glacier, he was intrigued and decided to get the film inside developed.

The photos were shared and finally the mystery was solved.

One of the men in the photos, with a big grin and long wavy hair, turned out to be 29-year-old solar physicist Steve Robinson, the pictures taken in 1997 just before he was killed and buried by an avalanche, Shepherd writes.

Now 53, Stiles is a doctor in the Australian town of Lithgow. It was “discombobulating”, he says. “In an unexpected way it brought me back to a part of my life that I thought I had settled away.”

Stiles says Robinson has remained a “potent presence” in his life, as “a beautiful man, an amazing man, a kind man, a talented man, a man full of smiles”.