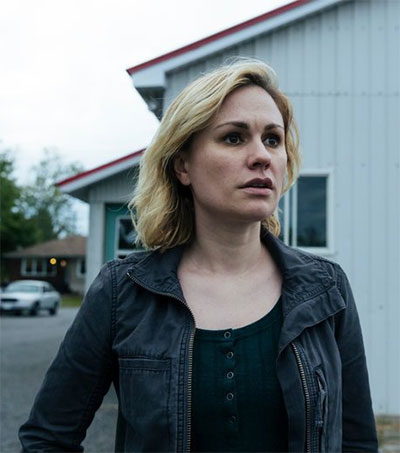 Anna Paquin Does Some Detective Work in Bellevue

“Paquin also executive produces the show, and part of her job playing the protagonist is to bring home the atmosphere of the town [Bellevue] to the viewer,” Saraiya writes.

“It comes through in her domestic life – a messy but affectionate setup between her, her ex-boyfriend Eddie (Allen Leech), and her 12-year-old daughter Daisy (Madison Ferguson). In a small town, everyone can see everybody else’s dirty laundry, but that’s part of the appeal, too: Annie doesn’t get to pretend to be figured out, but she doesn’t have to pretend, either.

“Bellevue isn’t trying to break the mould of a closed-ended mystery, but it does offer a riff on it that manages to be both cosily predictable and refreshingly contemporary.”

Paquin, 35, recently starred in five episodes of the series Alias Grace as Nancy Montgomery. She was also cast in the science fiction television anthology Electric Dreams.