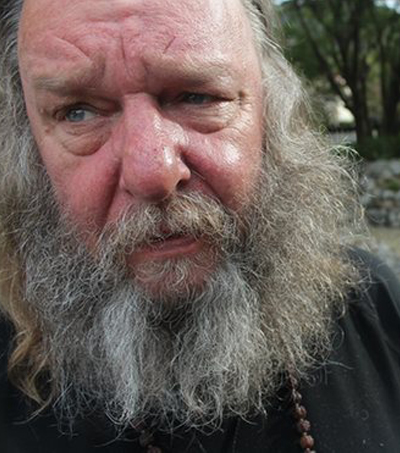 Margaret Thatcher’s former Private Secretary is about to open a yoga retreat in a tiny rural town in New Zealand – his mission is spiritual enlightenment.

Bearpark came to New Zealand in 2013 “leaving behind an illustrious 40-year career as a war zone reconstruction expert that spanned the globe from Zimbabwe to Sarajevo,” as reported in the article. For the past six months he has been living in Featherston, about an hour away from Wellington.

“One day I came over the Rimutaka [mountain range] and I stopped in Featherston for a cup of coffee. I just sat there and as I was having this coffee, something said: ‘This is where you’re meant to stay,’” said Bearpark.

“Personally, my dream was to die on the job; sitting in an Intercontinental Hotel somewhere in the world having a nice drink in a bar with somebody, going for a second bottle and suddenly falling off the barstool, dead, preferably without paying the bar bill. But then the yoga came along and I just got completely and utterly hooked,” he said.

“Bearpark doesn’t often talk about his past – many locals don’t have a clue about his globetrotting adventures – but his memory of those high-flying years remains clear. For many, the most fascinating moment of his career was his time as Thatcher’s private secretary from 1986 to 1989, tumultuous years that saw some of the British prime minister’s highest highs and deepest lows,” writes Barlow.

Before working in politics, Bearpark worked his way up in the world of international humanitarian aid at Britain’s Overseas Development Administration (ODA)., which is where he returned after leaving Thatcher in 1991.

“There he oversaw operations in the 1990s Balkan wars, spending three years living in Bosnia and Kosovo, before heading off to Iraq in 2003 as the most prominent Briton in the post-war administration,” as reported in the article. In 2004 he headed back to the UK and a few years later he created Post Conflict People, a war zone reconstruction-focused organisation, which he ran until his retirement in 2013, as reported in The Guardian.

His old life – “a high-powered tangle of politicians, wars, bureaucracies” – seems far away now. “He’s still sharp as a tack, but it’s now the spiritual realm – not the physical one – where his talents are focused,” writes Barlow.

“I’m on a new path, which is quite simply the path to enlightenment. When I’m done with that life then I can give up this body and move on. Enlightenment is the ultimate objective,” he said.

Today his days are filled with yoga and “occasionally getting out of the house and wandering around Featherston’s quiet streets with his two little dogs, enjoying the sunshine and stopping in for a cup of coffee at the town’s tiny main street cafe.”