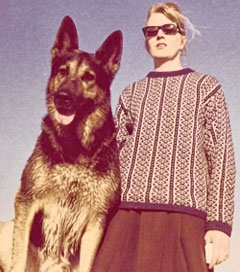 From Amidst Highland Heather to Paparata Farmland

This week, as part of the Highland News’ “Friends Around the World” series, the newspaper meets Min Walker, who emigrated to New Zealand in the 1960s to work as a nurse and gain experience overseas.

The 73-year-old, who was born in Nairn, Scotland, first moved to Zambia, then returned briefly to work at Inverness Royal Infirmary for a short while before travelling around Australia where she met her New Zealand husband Lance.

The pair then moved on to New Zealand to live on a farm in Paparata, around 50km south of Auckland.

She named the farm Tomnarroch, after her grandfather’s farm in Glenferness.

“Up until about the 80s, Scottish evenings called ‘Inglesides’ were common in the rural areas of New Zealand,” Walker says.

“I’m not sure if this correct, but I have been told that New Zealand has as many pipe bands as Scotland.”