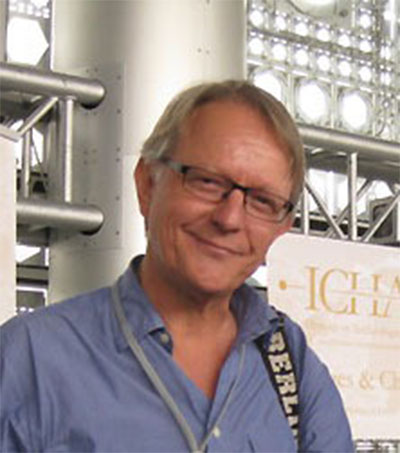 At a recent conference in Manama, the capital of Bahrain, archaeologists – including New Zealander Alan Walmsley – working in over 14 Islamic countries around the world participated in a first of its kind conference.

Islamic Archaeology in Global Perspective brought together some of the most distinguished scholars working in the field of Islamic archaeology to share first hand their recent practical experience in countries torn apart by war, and to investigate the various influences on the science of archaeology.

Walmsley, professor of Islamic archaeology and art at the University of Copenhagen says his investigations aim to disseminate a fuller account of social, cultural, and economic developments in Arab and Islamic history.

He begins by unpicking past Western interest in Bilad Al-Sham, an historic region of the Middle East known as Greater Syria.

“Islamic discoveries were incidental to the objective of archaeological interest in Greater Syria,” he says “The focus of digs were on the Biblical, Hellenistic and Classical past. These earlier periods took precedence in research.”

Walmsley worked in the Middle East for over 30 years, during which time he directed five major field projects. He is originally from Auckland.