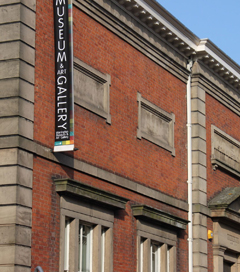 After 150 years Mummified Maori head to Return to New Zealand

After 150 years Britain’s Warrington Museum is sending back the mummified head said to be that of a New Zealand Maori chief. The Maori head, or Toi moko, was brought to Britain in the 1840s and is now being sent back to New Zealand due to its “great cultural importance.”

Though the precise origin of the head is unknown, the museum’s manager Janice Hayes explained that the Maori practice of preserving severed heads was used to either “venerate a loved one, or to ridicule an enemy defeated in battle.”

“We also know that some Maoris, when they learned that Europeans would pay gold for the old artefacts, began to manufacture more heads for sale,” added Hayes.

New Zealand’s national museum, Te Papa, has been asking for such artefacts to be repatriated at their expense”, and the Warrington borough council decided to return the head.  The council’s executive board member, Kate Hannon, explained that while the museum was proud to have had the Toi moko for such a long time, the council thought it “right and proper that the head be returned to New Zealand.”

Hayes added that, “In Maori culture the head is considered to be the most sacred part of the body and male warriors would have an intricate facial tattoo called a moko applied to give it additional sacred powers.”

“After their death their head was smoked and dried in the sun to preserve it and ensure it was still possible to see their unique moko which allowed them to be identified, almost like a finger print.

“Because these Toi moko are so sacred to the Maori it is regarded as an insult even to show a photograph of one and the museum removed the head from public view many years ago.” The image of the chief shown is a plaster cast copy of the mummified head to be sent back to New Zealand.