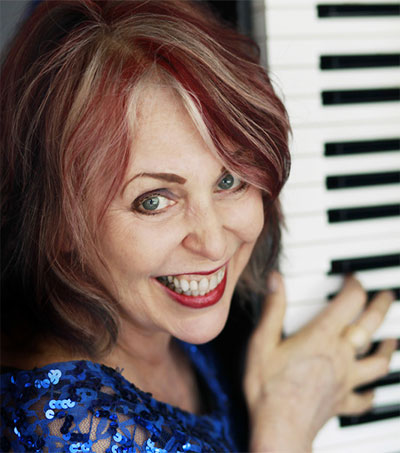 Adventures in Pianoland a Sister Act

Greymouth-born sisters, composer and songwriter Jan Preston (pictured), 65, and writer and director Gaylene Preston, 69, have combined talents to collaborate on their first stage show, Adventures in Pianoland, which is on at The Street Theatre in Canberra.

This is only the second time the pair has worked together – Jan also wrote a score for Gaylene’s 2010 film Home by Christmas and admits to trepidation both times.

“We want to keep our personal relationship special and loving,” she says. Fortunately, she says, they well work together – “we feed off each other” – and, in fact, she says she misses Gaylene’s input when each of their projects is over.

“She’s not my director any more, she’s just my sister.”

Now based in Australia, Jan Preston had the idea to put together a show that told a personal story combining music, stories, narrative, songs and projected photographs and enlisted her older sister’s help to put it together. Gaylene interviewed Jan to write the script and the latter says it was quite an unusual experience to see her life from the outside, through the eyes of another person, even one so close.

“She helped make things more lucid to me,” she says.

For Adventures in Pianoland Jan will be taking the audience on a journey through her life, illustrated with projections of photographs from her past and narrated through words and music. The show premiered in New Zealand and this is its first Australian season.