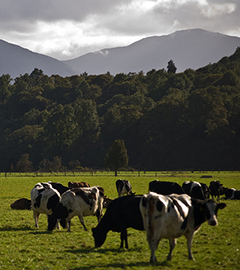 In a world still limping its way out of the global financial crisis, The Wall Street Journal has written that New Zealand’s economy is looking remarkably zippy – and even outdoing our much larger neighbour Australia.

The Organization for Economic Cooperation and Development, or OECD, expects New Zealand to grow by 3.3% this year, compared with an estimate of 2.9% for the U.S. and a mere 1.0% in the euro area.

The engine of New Zealand’s growth has been the nation’s dairy industry, which is already feeding large parts of Asia, and a $30 billion construction boom fuelled by the need to rebuild Christchurch after the devastating earthquakes nearly four years ago.

New Zealand’s economy is performing so well that some economists expect the central bank to raise interest rates as early as this month—which would put it among the first developed nations to tighten monetary policy since Lehman Brothers Inc. collapsed in 2008 and sparked a global recession.

Evidence of how prosperous New Zealanders feel is everywhere. At a mall in the earthquake-hit city of Christchurch earlier this month, young people queued all the way around the corner for the opening of a new Burger Fuel – which The Wall Street Journal claims “are costlier than that at McDonald’s.”

“The harder times have washed out,” said Josef Roberts, chief executive of BurgerFuel, which has outlets as far away as Saudi Arabia and Iraq, and now plans to open stores in the U.S.

For years, New Zealand has lived in the shadow of Australia, which grew strongly feeding China with minerals and coal. The country itself doesn’t have a resources bounty, but its economy has clicked into a higher gear as more Asian consumers demand something it does have—milk and other dairy products.

Nicknamed the Saudi Arabia of milk because it accounts for a third of global exports, New Zealand has benefited from a 48% rise in dairy prices over the past 12 months. The price gains have pushed the country’s terms-of-trade to a 40-year high.

New Zealand’s benchmark stock index is outperforming global shares this year and the New Zealand dollar is trading close to an all-time high against a basket of currencies.

It is a remarkable turnaround for an economy that dipped into recession even before the global financial crisis as a housing bubble—fuelled by easy credit in the early 2000s—burst. House price rose 10% nationwide last year, according to data from valuation agency Quotable Value, and are almost 13% above the previous market peak of late 2007.

There are risks, though, in a country where the dairy industry accounts for around a third of all exports, which means it is especially vulnerable to industry setbacks as well as shifts in global investor sentiment.

In August, the New Zealand dollar shed nearly 2% of its value when Fonterra Co-Operative Group Ltd FCG.NZ -0.35% , the world’s biggest dairy exporter, said some of its products might have contained harmful bacteria. The discovery led to product recalls in China, New Zealand and elsewhere.

Subsequent testing indicated the organism wasn’t harmful. But the fallout from the scare harmed the country’s hard-won reputation as a safe supplier of food.

“The dairy economy has a large impact on New Zealand,” said Richard Reynolds, an executive member of Federated Farmers Dairy. “Volatility in agriculture is very real and can be quite sharp.”