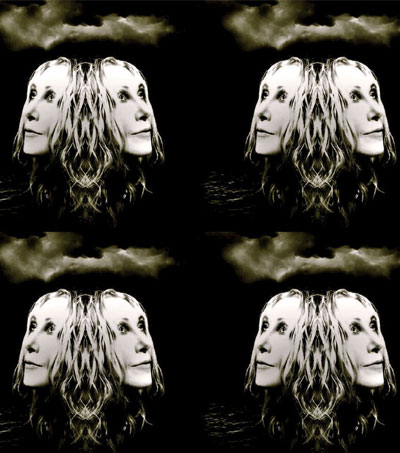 “An artist in the truest sense of the word, Carrie Beehan is now gearing up to unveil her latest sonic self and narrative,” as reported in article in GroundSounds. The New Zealander spoke with GroundSounds about her upcoming LP The Alazon In The Quiet Room (to be released on October 21st) and its first single “Ass In The Middle.”

Beehan wrote Alazon In The Quiet Room following her father’s death during an artist’s residency in Arizona. When asked about “some of the larger themes at play on the album and her relation to the namesake Greek stock character,” Beehan replied:

“From there I created a “Songline” akin to how the anthropologist and writer Bruce Chatwin explained the Aboriginal song story-line that each person’s animal spirit had. I drew the stations of each song that came to mind as a crossing or turning point in my music travels, and in turn emotionally comprehended how foolish and naive I had been till this point in my life – very much the Greek Stock Character -Alazon, not understanding the every irony of the situations I had placed myself in and that mostly the last laugh was on me.”

Her album comes paired with a theatrical performance, Alazon In The Quiet Room – Part One: Displaced. When asked about how the performance and the album relate, she said:

“I have lived in five countries over four decades and it is time to tell the story. Working together with a defector from the former Czech Republic, who exited in 1978, and writing and performing with him many years later in New York, the opportunity arose to let the songs I compose, that speak so strongly of displacement, loss of home, business, partners, country, come to the theatrical stage.”

“Freedom, migration, displacement, emotional, financial, geographical, natural disaster and good old human heart break – displacement is an on-going and very current theme. My show speaks of this, but through my own experiences and that of the Czech storyteller -writer/director Vít Hořejš.”

Tags: Alazon In The Quiet Room  Ass in the Middle  Carrie Beehan  GroundSounds