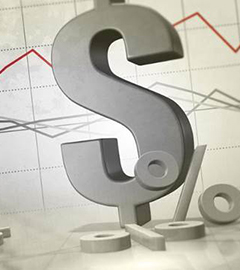 The drums of war have been beating for two years now. With America, Britain and Japan printing money and the Euro zone considering unprecedented zero interest rates, the other tradable currencies – especially New Zealand’s – have appreciated sharply, leading to suggestions World War III is in the offing. They’re talking about currency wars, where nations waste billions of dollars (or krona or loonies or francs), instead of soldiers, defending their export competitiveness.

The policy of selling (or buying) a country’s own currency to maintain a pre-ordained value against other currencies is fraught with danger. The Bank of England was nearly bankrupted by international financier George Soros when it tried to maintain its fix on the pound.

But the Financial Times’ investment editor, James Mackintosh, says talk of imminent hostilities is overstated. New Zealand’s predicament – and that of Australia, Norway, Sweden and Canada – is explainable by traditional measures, rather than currency combat, he says. All five are the only developed economies on the planet with interest rates above 1% (in New Zealand’s case, 2.5%).

In a global environment of rates at near-zero, the yield on these currencies is sufficient to attract significant investor interest, what’s known as the “carry trade”. Mackintosh points to the global slowdown affecting Australia’s mining industry and subsequent interest rate cut leading to a fall in the dollar. This, he suggests, shows monetary policy is still working.

Essentially, the high currency harms a country’s export sector, leading to reduced investor demand because of the economic slowdown and the accompanying rate cut reduces the yield, accelerating the fall in the currency.

It’s a grand scheme but, alas, ignores some hard facts on Godzone’s ground. While New Zealand’s export sector is suffering, its broad economic outlook is positive. It also has a growing inflation problem (housing, Christchurch rebuild) and the next rate move is up, not down.

All of which suggests, a continuation of a strong Kiwi dollar Mackintosh suggests that if all else fails, then the Reserve Bank can start a currency war. New Zealand, of course, is too small to do so. What it needs is for the US and Japan to stop printing money.