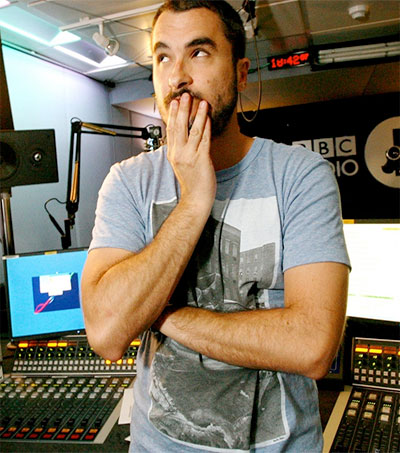 Zane Lowe to Leave BBC Radio 1 for Apple in US

The presenter of BBC Radio 1’s popular weekday evening music show, Auckland-born DJ Zane Lowe, 41, is moving to the United States after 12 years at the station to take up a role at Apple’s new iTunes radio service.

Lowe is credited with helping to make the name of British music stars such as Arctic Monkeys, Adele and Ed Sheeran. His final show in the prestigious evening slot will go out on 5 March.

Lowe began his music career in London with a job at the Record and Tape Exchange in Notting Hill before he was asked to appear on an MTV show. He went on to take a permanent position with the show, Gonzo.

Already popular in America and Australia, iTunes Radio is the Apple service designed to allow listeners to set up and customise their own live stream of music, tailored to their likes and dislikes.

Lowe, who joined the BBC from XFM in 2003, said: “I want to thank everyone at Radio 1 for their support and friendship.

“The station has allowed me to share incredible music with the country’s best music fans – I’ve loved every minute of it. Exciting times lie ahead.”

Lowe won the Gold Music Radio Broadcaster Of The Year at the Radio Academy Awards 2014 and in early 2015 was nominated for a Grammy Award for his writing and production on Sam Smith’s smash album In The Lonely Hour.