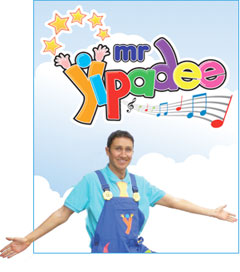 Mosgiel man Dean O’Brien, 34, a former radio presenter, has topped the United Kingdom iTunes children’s chart this week with, The Yes I Can Club, an album created to make children feel good about themselves. O’Brien is the first New Zealander to reach No 1 on the children’s music charts in Britain. He developed his “Mr Yipadee” character to promote positive thinking and self-belief in pre-schoolers after being made redundant from his job last May. O’Brien said he hoped to perform a series of free concerts in New Zealand this year “dedicated to the parents and kids that have also hit upon tough times”. O’Brien’s debut album, The Animal Choir, sold over 17,000 copies in the first three months. O’Brien lives in England.