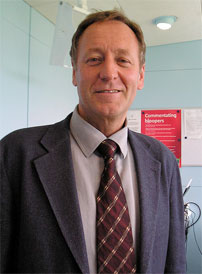 Yarns From the Crease

Former New Zealand cricket captain Jeremy Coney, who now works as a commentator for Sky TV and Test Match Special, shared stories from his career at Ledbury Cricket Club’s 175th Anniversary celebration dinner in Herefordshire. Coney played 52 Test matches and 88 One Day Internationals for New Zealand, captaining them in 15 Tests and 25 ODIs. He is also one of New Zealand’s most successful batsmen, making 16 fifties and only lost one Test as captain.