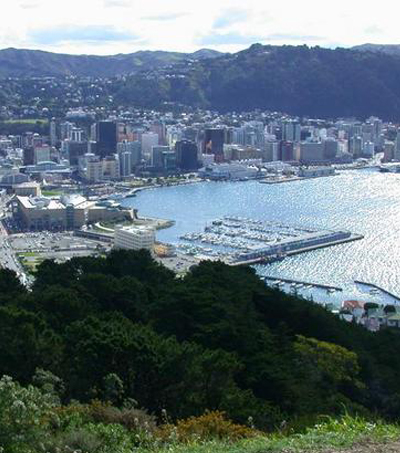 Australian tech and media geek Mat Beeche was surprised during a visit to Wellington to sit in front of so many women in tech.

“The reason I found it surprising is because although Australia is only three hours away from this beautiful windy city, what I found was an ecosystem that was light-years ahead in terms of its diversity and celebration of its female founders and employees,” he writes.

New Zealand has a long history when it comes to gender equality. In 1893 it was the first country in the world to allow women to vote. It was also the first country that ever had all of its highest offices chaired by women at the same time between 2005 and 2006.

“For a start-up ecosystem to thrive and be globally competitive AND diverse, there are two things that are important. The first is role models and the second is congruency – that is, congruency across language, opportunity and recognition,” according to Beeche.

He spoke to prominent women in the technology space, who said that seeing women in prominent leadership positions throughout their formative years has played a pivotal role in their own success.

In addition to having such strong political figures to look up to, they have also been witness to strong female tech founders building and selling tech companies like Victoria Ransom who has built and exited two companies.

As a city, Wellington has something unique about it that actually makes it the ideal breeding ground for a strong, cohesive tech-startup ecosystem. Deemed the “coolest little capital in the world” in several quality of living based surveys, New Zealand’s capital with a population of just under 500,000 provides easy access to everywhere in the CBD (the city centre is only two kilometres in diameter).

“Equality and inclusion seems to be something that is at the forefront on everyone’s mind in Wellington”, said Beeche.

“Female led start-ups are more visible there, which has given women an advantage that fellow women in other parts of the world struggle to attain. And let me assure you the opportunity is being grasped with both hands.”

In addition 47 percent of the workforce work in what is known as ‘knowledge intensive’ industries, which make its workforce the most educated in the country.

According to Beeche, Wellington “has created a culture that could indeed see it become one of the top performing cities for startups in the next 10 to 20 years.”

“One of New Zealand’s standout features will be the environment it has created where female founders can excel alongside their male counterparts with equal visibility and without tokenism.”