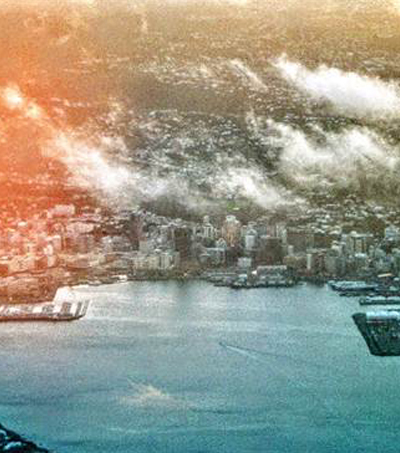 The LookSee Wellington program to fly in 100 tech developers for job interviews has been “besieged” with more than 48,000 entries, according to a New York Times report. The 7,000 Americans who submitted applications include workers at Google, Amazon, Facebook, M.I.T. and NASA.

“For all sorts of reasons, New Zealand suddenly makes sense,” says The Times. “The cost of living is less than in San Francisco. Commuting is less wearying. And American politics, “Brexit” and the Islamic State are on the other side of the world.”

“It’s just one of those things where the stars are aligned,” said David Jones, general manager at the Wellington Regional Economic Development Agency.

New Zealand is where Peter Jackson filmed “The Lord of the Rings,” a beloved text for many techies. It is the real Middle-earth, a fantasy come to life. New arrivals describe New Zealand as more idealistic and less frustrating than other places.

“In the U.S., I feel extremely disconnected,” said Alanna Irving, 33, who came to New Zealand from San Francisco to start two companies. “Things happen all the time that I don’t agree with or understand or think are really good for most people, and I just don’t see any way that I can change that.”

A leading advocate for immigration solutions to New Zealand’s shortage of tech talent is Xero founder and CEO Rod Drury. Xero has 1,400 employees and customers in 180 countries. Its goal is to turn accountants into “growth consultants,” becoming a platform that soars above national borders.

“Gay marriage, cultural tolerance, refugees, active strategies to address diversity — more than ever our leadership here is important,” Mr. Drury wrote in an email to his staff immediately after the U.S. election.

“Especially in the U.S. technology industry, where something like 50 percent of the billion-dollar companies have been built by immigrants, it’s nuts that you make it difficult for engineers to come in,” he said.