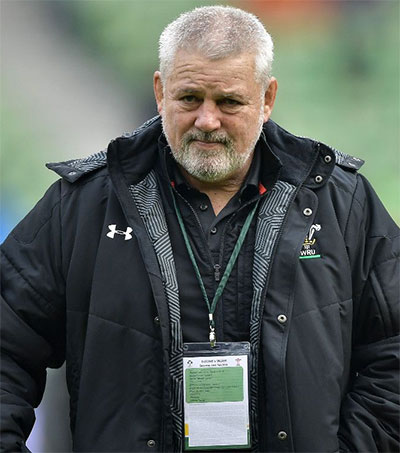 Hamilton-born Gatland, 55, will leave his role as Wales head coach after nearly 12 years in the job after next year’s World Cup and is yet to announce his subsequent plans. Melville, whose top priority as Steve Brown’s acting replacement at the RFU is to lead the search for Jones’s successor, appointed Gatland as Wasps’ forwards coach in 2002.

Melville did suggest his preference was to identify an Englishman for the role, confirming he would have no issue approaching Stuart Lancaster, but revealed he would be taking to Gatland, who has led the last two Lions tours.

“Warren’s a very good coach but I’m not sure what his plans are,” Melville said. “I’ll speak to Warren and a number of others and then we’ll see. We want the best person for the job. I am English, this is England, of course it would be great to have an English coach. But we have got to have the best coach for the job.”