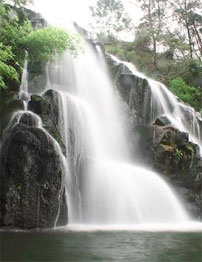 “Middle-earth may be mythical, but so too is New Zealand,” Mark Johanson writes for International Business Traveler. “The only difference is you can visit the latter. It’s a place where glaciers carve paths through rain forests, toothy mountains have names like ‘The Remarkables,’ and people ski down the side of one puffing volcano and snorkel around another. ‘New Zealand is on a lot of bucket lists, and we don’t have to persuade people too much about its natural beauty,’ Tourism New Zealand CEO Kevin Bowler said. With The Hobbit set to become a trilogy, it offers an even longer period of time for New Zealand to leverage its cross-promotion and build lasting connections with Middle-earth.”
(11 August 2012)