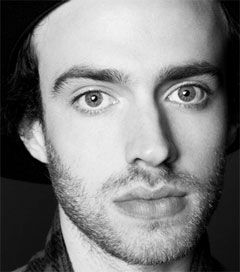 Lead singer and songwriter for London-based band The Veils, New Zealander Finn Andrews, 29, has “accomplished something rare and cool, namely a guitar-based record that transcends easy categorization,” according to Vancouver online news source Straight.com. And “despite what he’s pulled off with [the band’s fourth and latest album] Time Stays, We Go, Andrews isn’t the kind of guy who sits around the house completely convinced of his own genius. ‘You spend so much of your internal life preparing for a record – writing it and then recording it – and it’s all done in solitary confinement,’ the singer says.” His father Barry Andrews was a forming member of 80’s bands like XTC and Shriekback and later went on to play with Iggy Pop and David Bowie. The Veils are currently on tour in North America.

Passages from a book of Katherine Mansfield’s letters published in 1918 helped a condemned British operative survive her death watch in the German concentration camp Ravensbrück. Odette Sansom, the most highly decorated…