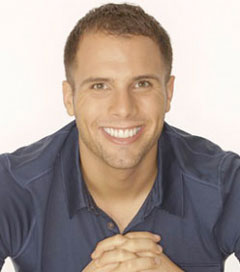 That’s Showbiz for Wootton Who Takes Up Tabloid Role

Former News of the World showbiz editor Lower Hutt-born journalist Dan Wootton, 30, is joining British tabloid, Sun on Sunday, where he will write a double-page showbiz column as part of moves to beef up the weekly edition. The arrival of the ex-News of the World man is seen by some insiders as the latest attempt to give the Sun’s Sunday edition its own identity, more distinct from that of the weekday paper. Wootton’s double-page showbiz column is expected to make its debut by the start of next month. It coincides with the launch of the Sun’s £2-a-week digital paywall across its website, iPad and mobile apps on 1 August, which new Sun editor David Dinsmore has hailed as “a new package for a new era”. A spokesman for the Sun confirmed Wootton’s appointment but declined to comment on further changes expected at the Sunday edition. He said: “We are always looking at ways we can evolve and improve the UK’s most popular newspaper, and we will announce any changes as and when they happen.” Wootton, who was showbiz editor at the News of the World for three years until its closure in 2011, will leave his post as editor-at-large of Now magazine and as a columnist for the Daily Mail. He will continue to feature on ITV’s weekday morning show, Lorraine. Wootton was named ‘Showbiz Reporter of the Year’ at the 2010 British Press Awards.