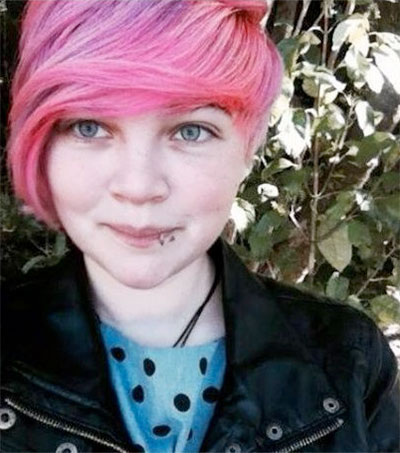 Tabby Besley to Be Honoured by the Queen for LGBTI Advocacy

At just 22, Tabby Besley is set to be honoured by the Queen for her work for the LGBTI community, the only New Zealander to be awarded the inaugural Queen’s Young Leader award, a new honour awarded to 60 young people around the world recognised for their Commonwealth values.

As the national coordinator of InsideOUT, formerly called the Queer Straight Alliance (QSA) Network Aotearoa, Besley advocates for LGBTI rights. She was instrumental in lobbying for the marriage equality law, which was enacted in 2013.

The former Nayland College student has been chosen in recognition of her work ensuring young people diverse genders and sexual orientation get the support they need in school. She will be receiving her award at the Buckingham Palace in June from the Queen, and will be undertaking a year-long online leadership development course by Cambridge University.

Apart from her Young Leader award, Besley is also a contender for Young New Zealander of the Year 2015. She is up against 18-year-old Lorde.

“The Advisory Panel took many elements into account when selecting winners, including the quality of the potential winner’s project, the impact and sustainability of the project in their community, and how the project reflected the values of the Commonwealth Charter – in Tabby’s case, that is the implacable opposition to discrimination based on violence, sexuality and gender,” Commonwealth Youth New Zealand executive director Aaron Harpe, a member of The Queen’s Young Leaders Advisory Panel that selected the winners, said.