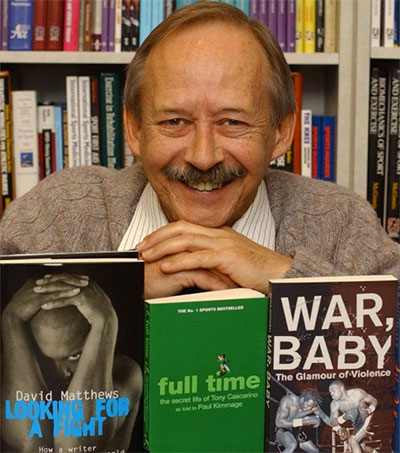 Passionate rugby fan, Wellington-born John Gaustad, who opened the first shop in Britain devoted to sports literature and set up a prize to encourage writers, has died in London. He was 68.

Sportspages opened just off Charing Cross Road, central London, in 1985. It became a hub for sports lovers who had been largely ignored by the book trade. A cerebral, moustached New Zealander, Gaustad became their spiritual leader.

The shop hit the zeitgeist. With the renaissance of football after England’s 1990 World Cup campaign in Italy, it became increasingly trendy to embrace sport. Gaustad wanted to widen the scope of the books he sold beyond ghost-written autobiographies of footballers and cricketers. In 1989 he cofounded the William Hill Sports Book of the Year award to encourage authors to write books that “are as much about life as sport”.

“I have always said that you don’t have to be thick to like sport, which I believe a lot of English people felt at the time,” he said. “Sports books can be as good as any books.”

As the shop flourished, going there on any given day could be an event. You might encounter David Dein, then vice-chairman of Arsenal, reading up on what the club’s unofficial fanzines were saying about him; Noel Gallagher from Oasis reading the latest literature on Manchester City; or coachloads of Scandinavians on weekend trips to watch a Premier League football match.

In 1991, Muhammad Ali turned up to sign copies of Thomas Hauser’s biography of him. The streets outside became so crowded that mounted police were called. The chant of “Ali, Ali” echoed down Charing Cross Road. It was a moment of theatre to eclipse even Les Misérables, the hit musical that was playing across the road.

Gaustad was born in Wellington in 1948. His father, Robert, was an accountant and his mother, Nancy, was a legal secretary. He studied philosophy at the University of Victoria in Wellington and came to Britain in 1974. For several years he worked for Heffers, an academic publisher.

As sales grew at his shop, Gaustad leased the shops on either side and broadened the range. He launched a Sportspages imprint in a deal with Simon & Schuster and republished out-of-print gems such as A Football Man by Arthur Hopcraft and Beyond the Boundary by CLR James.

Running Sportspages was, Gaustad said, the next best thing to being an All Black.