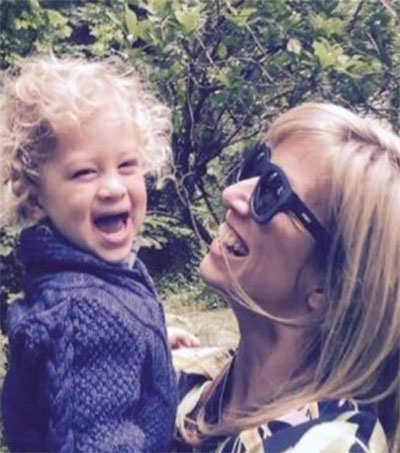 Speaking Irish in New Zealand to My Maori-Irish Son

“There’s a special connection between Irish people, Irish speakers and Maori. It’s another reason why Aotearoa feels like home,” educator Gillian Cotter writes in an Irish Times lifestyle piece about raising her Maori-Irish son, 18-month-old Mahia in Raglan, and the importance of preserving language.

“We named him Mahia, in the Maori tradition of naming a baby after a place that holds significance and importance to the family, or whanau,” Cotter says.

“Our son’s name is a nod to his papa’s genealogy, or whakapapa, on the east coast.

“In its full version Mahia means ‘the murmuring of home’, which is relevant on so many levels to Chris and me. We knew all along that this was what he would be called, but it was only after he was born that his name made utter sense to me.

“My connections to the Irish language go way back. I was educated at a national school run by a very proud, proactive and strong Irish-speaking woman from west Cork.

“There is a special connection between Irish people, Irish speakers and Maori. Their kohanga reo and kura kaupapa are modelled on our Naíonra and Gaelscoileanna. I cannot begin to describe the pride I felt at a conference five years ago when, after introducing myself, I was approached by a group of Maori women who wanted to thank me for what Ireland had done for the revival of the Maori language, in giving them a model to follow. ‘It is a taonga’ – treasure – ‘from your home to us.’ Once again I had another reason for Aotearoa – New Zealand – to feel like home.”

Cotter is originally from Ballincollig in County Cork.