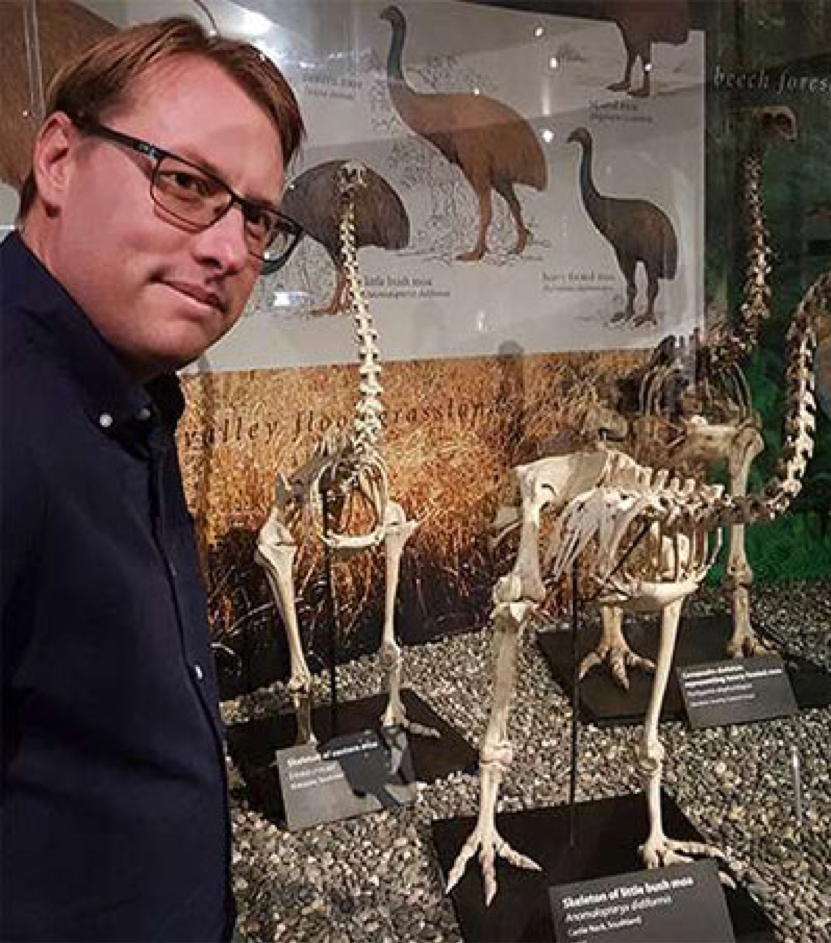 University of Otago researchers in association with colleagues from Harvard University have discovered new evidence of what made some of New Zealand’s iconic birds such as the kiwi and extinct moa flightless. Dr Paul Gardner (pictured) and former student Nicole Wheeler co-authored the study, ‘Convergent Regulatory Evolution and Loss of Flight in Palaeognathous Birds’, which has just been published in online journal, Science.

Rather than obvious physical features like small wings, the study identified the molecular roots of the loss of flight seen in a wide variety of these types of birds by precisely analysing DNA.

“This work tells us more about the origins of moa and kiwi. It supports the hypothesis that the ancestral moa flew here, while the ancestral kiwi, which is related to the emu may have walked, or indeed flown from the likes of Australia or Madagascar over the ancient Gondwanan continent,” Gardner says.

By comparing the DNA sequences between the different birds, these bioinformaticians have found that it’s mostly the regulatory DNA, not the protein-coding DNA that explains the similar loss of flight across the ratite birds. This suggests the change in the regulation of the protein genes, rather than the proteins themselves is what is responsible for the loss-of-flight changes in the birds.

In contrast with previous work, which emphasised changes to protein-coding DNA as driving flightlessness, this study associates loss of flight more strongly with regulatory evolution in noncoding DNA. The results provide an example for future genome studies of so-called convergent phenotypes throughout the animal kingdom.