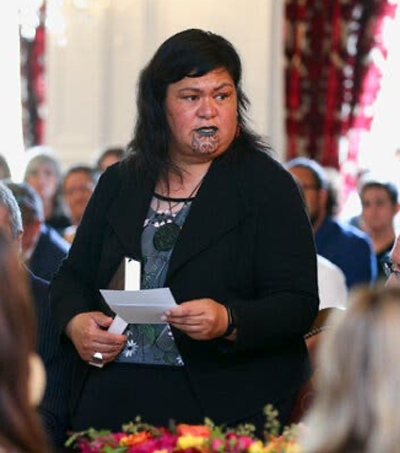 Nanaia Mahuta entered New Zealand’s Parliament as the youngest Maori woman to ever gain a seat. More than two decades later, she has become the country’s minister of foreign affairs, another trailblazing first.

Ms Mahuta is emblematic of what Damien Cave, writing in The New York Times describes as, “by far, the most diverse Parliament the country has ever seen, reflecting New Zealand’s demographics and its place within the broader Pacific Islands.” The new Parliament has 11 lawmakers who are lesbian, gay, bisexual or transgender; a dozen people of Pacific Island descent; and 16 Maori members.

Ms. Mahuta, 50, is a high-profile expression of that alternative vision within Jacinda Ardern’s second-term executive. She arrived in Parliament at the age of 26 with a master’s degree in social anthropology after working as a researcher for her Tainui iwi in the lead-up to its historic treaty with the government that settled land claims from colonization. Her father was the lead negotiator; the Maori queen, Te Arikinui Dame Te Atairangikaahu, was her aunt.

No-nonsense. Measured. Honest. As associate environment minister, she navigated complicated negotiations over water rights between her tribe and the government. As local government minister, she was sent to calm disputes over issues ranging from doctor shortages to dog control. As customs minister, she worked with exporters and helped forge agreements with Japan and other countries to streamline trade.

Ms. Mahuta’s elevation is being celebrated in the Maori community, representing 17 percent of New Zealand’s population. In 2016, she became the first woman in Parliament to display a moko kauae (a sacred facial tattoo).

“It’s a triumph of history and politics,” said Morgan Godfery, a political commentator who writes about Maori politics. “Ms. Mahuta is one of the most senior members of the Maori King Movement, the 19th-century resistance movement that fought against the invading New Zealand government, and her appointment to that same government’s foreign ministry is a signal of just how far this country has come.”

She said she hoped that solutions for “reimagining what prosperity looks like” can be transferred from the Indigenous community, with values like manaakitanga (Maori for looking after people) and kaitiakitanga (guardianship of the environment).

“Addressing issues of economic inequality is a significant challenge for many countries,” she said. It’s time, she added, “to cut through the old way of doing things.”