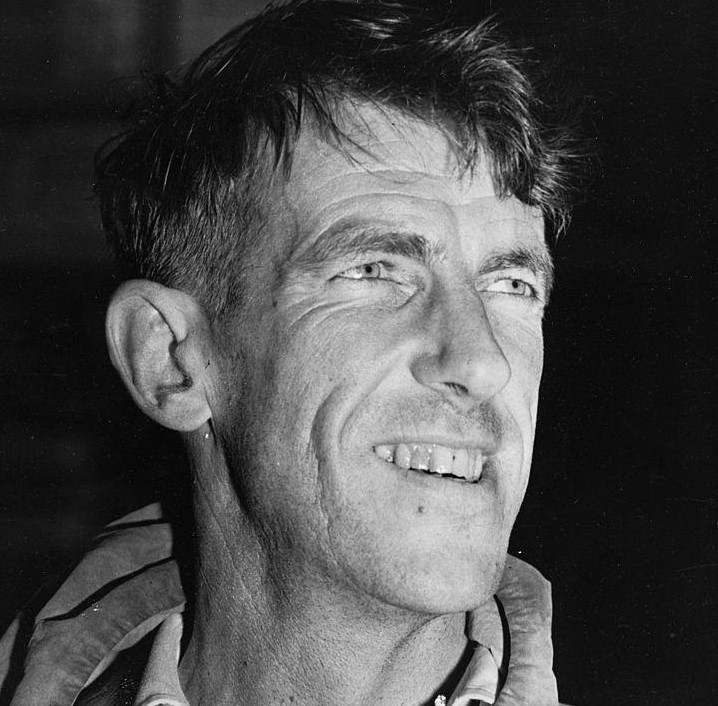 A celebration of the life and work of Sir Edmund Hillary in Calcutta on Saturday “remembered him with stories and anecdotes of not only as the mountaineer who became the first to climb Mount Everest in 1953, but a person who went on to love the Himalayan nation.”

For The Telegraph India, Jhinuk Mazumdar reported that “stories of philanthropy from the villages in Nepal emerged at a programme in the city held to celebrate Sir Edmund Hillary’s birth centenary through a series of illustrated talks amongst Everesters and mountain lovers on Saturday evening.

The programme “Hillary — Everest & Beyond” was organised by a non-profit trust The Himalayan at Asutosh Mookerjee Memorial Institute.

“Hillary went on to build 27 schools and the first school was set up in Khumjung. Most of these sherpas were not able to read and write and they were porters that Hillary had seen. He wanted to give them education so that they do not remain porters and many of the people who hail from the sherpa community are now well placed,” said Sujoy Das, author and expedition photographer,

The other speaker of the evening was Bhanu Banerjee who spent months in 1960s with Hillary in the Yeti-hunting expedition as the only Indian member.

Banerjee spoke on “A Year in Sherpaland with Ed Hillary” starting with his meeting Hillary at “The Grand Hotel” and the mountaineer requesting him to buy certain things for the Yeti expedition.

“He gave me a list of things that he wanted for the expedition — 200 pairs of walking boots from Bata, 50 trays of biscuits from Britannia, some cigarettes, ropes and kitbags,” said Banerjee.

Both Bata and Britannia gave the supplies for free. But a twist in the tale happened when Hillary said goodbye to Banerjee in Kathmandu. Banerjee told Hillary: “You are going to the mountains without me?”

Hillary then got permission for Banerjee to be included in the Yeti expedition and that’s how he became the only Indian member.

In New Zealand a suite of events, major new commissioned artworks and the unveiling of commemorative stamps, are celebrating the inspirational life of the mountaineer, adventurer and humanitarian who was born 100 years ago on 20 July 1919.

Chair of the Hillary Centenary Steering Committee Clive Gilson, Emeritus Professor at the University of Waikato, says this centenary is an opportunity for all New Zealanders to reflect on the values that Sir Ed embodied, and to celebrate his legacy.

“The aim of the celebratory activity this month is to salute Sir Ed, and inspire a new generation of New Zealanders to reach the summit of their own personal ‘Everests’, whatever they may be,” he says.

The activity led by the Hillary Centenary Steering Committee begins with an event at Parliament on 23 July, hosted by the Prime Minister, Rt Hon Jacinda Ardern, for Hillary family members and a range of other distinguished guests including politicians, ambassadors, business leaders and members of the creative and academic communities.

At the event, New Zealand Poet Laureate Selina Tusitala Marsh will perform her new poem about Sir Ed called Hillary’s Step that is featured on an installation of the same name that was unveiled at Christchurch Airport last week.

NZ Post is also issuing commemorative stamps for the centenary, available from 23 July, which feature images of Sir Ed on his various expeditions and endeavours. Sir Ed was last featured on a stamp just over a decade ago, shortly after he passed away.

The world premiere of a full-length symphony composed by Gareth Farr in honour of Sir Ed, titled Roar of a Thousand Tigers, will be performed on July 27 by the Christchurch Symphony Orchestra conducted by Benjamin Northey at the Christchurch Town Hall’s Lilburn Auditorium. Commissioned by the Hillary Centenary Steering Committee with the support of Creative New Zealand, the title of Farr’s symphony comes from Tenzing Norgay’s evocative description of the violent winds on Mt Everest.

“Sir Ed’s unique position in history has not only made him an icon for New Zealanders, but also helped to shape the world’s perception of our nation. In this context, the Hillary Centenary Steering Committee is delighted to have secured the talents of leading artists like Selina and Gareth to celebrate Sir Ed’s contribution to our nationhood,” says Professor Gilson.

Sir Ed’s commitment to humanitarian causes, particularly in Nepal, was celebrated at events led by the Himalayan Trust, which he drove the establishment of in the 1960s, including a Centennial Gala Dinner in Auckland on 17 July.

Over decades he has also inspired books, films, documentaries, exhibitions, foundations and scholarships, including Waikato University’s Sir Edmund Hillary Scholarship Programme that is designed to support and inspire future leaders to ‘step higher’. The centenary celebrations are intended to be a fitting tribute to a remarkable life that continues to inspire many.