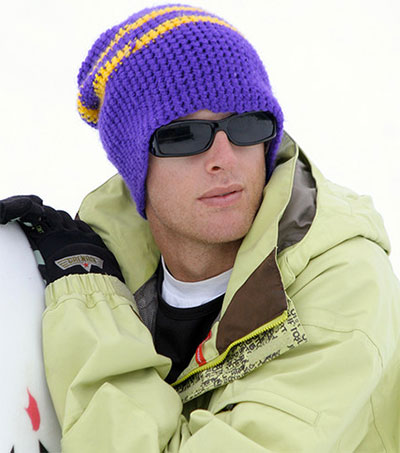 Snowboard Addiction was founded by Lapwood, 32, in 2007 with a few PDF manuals and video tutorials to help boarders hone their abilities. Able to channel his experience as a Whistler Blackcomb instructor and trainer, Lapwood’s videos, which cover everything from how to strap in to pulling off a double cork, have since racked up millions of YouTube views.

Today the company counts an ever-growing list of paid subscribers to its premium video streaming and download service, and has begun offering a line of training products that have earned a number of high-profile endorsements from pro-boarders and even electronic music impresario Steve Aoki.

But it was a panel of multimillionaire investors that Lapwood had to impress at a taping of the hit CBC show in May last year. And impress he did, soliciting offers from four of the five Dragons before going with Romanow’s deal for a 15-per-cent stake in the company. The episode aired this month.

“It was a little bit daunting but it went really well for us,” Lapwood said.

“Everyone makes snowboards and clothing and all the things to take on the mountain, but no one’s actually making training videos and training products [on this scale],” Farnworth said.

For Romanow, the real appeal of the company was the visionary behind it.

“Nev is a great entrepreneur and he’s built the business the way you want to,” she said. “He took his passion and figured out how to create amazing content people wanted … and kept iterating to figure out what it was that would really make this business succeed.”