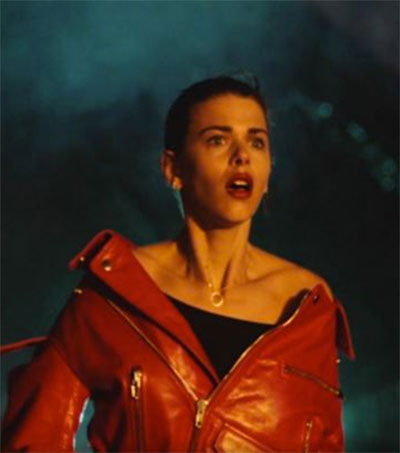 “From riding a motorbike in a chic red leather suit to pulling a (live?) butterfly out of her mouth, Fowler is the star of the show in the new clip – meaning her fanbase just grew tenfold if Gomez fans have anything to do with it,” Francesca Wallace writes for the magazine.

“It isn’t uncommon for Victoria’s Secret models to appear in music videos, Gigi Hadid once starred in a Calvin Harris clip and Behati Prinsloo has had her fair share of appearances.”

Fowler began modelling in 2009 and has also worked for the likes of Chanel and Miu Miu.