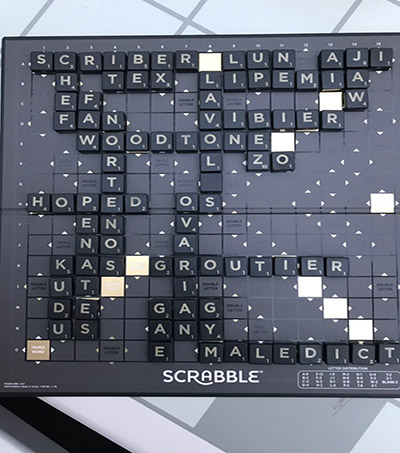 Nigel Richards, from New Zealand, has won his fourth World Scrabble Championship title “with the word ‘groutier’, defined as sullen or sulky,” writes Sophie Law in an article for The Daily Mail.

The crucial word scored 68 points and “allowed Mr Richards to soar into the lead and win by 575 points, 123 more than Californian opponent Jesse Day.”

“I am absolutely thrilled to have won two world championships this year, including French and English,” said Richards.

“It was a closely-fought championship and Jesse was a very impressive opponent to play.”

“Richards, who now lives in Malaysia, has been playing Scrabble for 23 years.”