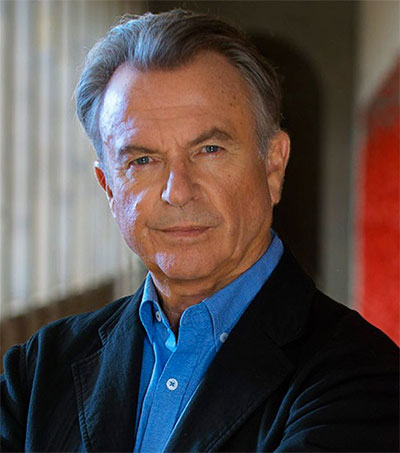 Sam Neill to Play Texan Patriarch in TV’s The Son

New Zealand actor Sam Neill will star in the AMC television network drama The Son, playing the patriarch of a Texas family in a multigenerational story of the clan’s rise and fall.

Production on the 10-episode series is scheduled to begin in June in Austin.

The Son is based on the novel by Philipp Meyer that chronicles America’s rise as a superpower through the prism of the McCullough family. Neill’s Eli McCullough is born on the day that Texas declared itself an independent Republic from Mexico, earning him the nickname of “First Son of Texas.”

“This is an incredibly talented cast, led by the remarkable Sam Neill, and we can’t wait to see them embody these characters and give life to this unforgettable story,” said Joel Stillerman, president of original programming and development for AMC and SundanceTV.

Neill is best known as the star of the original Jurassic Park trilogy. More recently he has starred in Netflix series Peaky Blinders, Fox’s Alcatraz and in Taika Waititi’s feature film Hunt for the Wilderpeople.