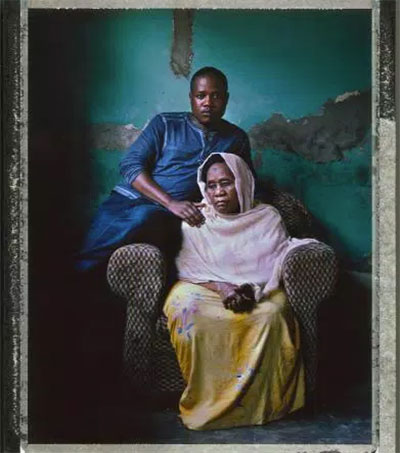 Two of New Zealand-born photographer Robin Hammond’s images from his Where Love is Illegal series have been included in a list of TIME magazine’s best portraits of the year.

The photographs, one of which made TIME’s cover, were part of Hammond’s ongoing project documenting LGBT survivors of discrimination and persecution. Hammond went to Uganda to photograph an eight-page feature and cover story for the publication.

In the portrait above Joseph Kawesi, a transgender woman, sits at home in the Ugandan capital of Kampala with her mother Mai, 65.

Kawesi still has nightmares about the night in December 2012 when she says police officers dragged her out of her home after a tip-off that she might be gay. She says the officers beat her, and then raped her with a club. Kawesi is now an activist working to support LGBT people affected by HIV/AIDS in Uganda.

For the Where Love is Illegal project, Hammond was also named on Foreign Policy’s Top 100 Global Thinkers list.