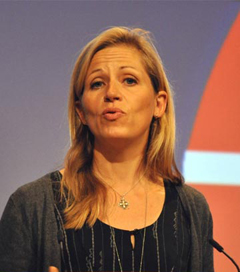 Marie Krarup, a right wing Danish MP, offended New Zealand Maori by describing their traditional welcome as ‘uncivilised and grotesque’, says Richard Shears in The Daily Mail. The Danish MP, in New Zealand with a parliamentary delegation, wrote that she was ‘shocked’ to be greeted by a ‘half naked man in a grass skirt, shouting and screaming in Maori’, the paper said. Krarup was reported as saying that she felt like ‘an idiot’ when given a hongi, or nose greeting, and sung a waiata, or welcome song. The Daily Mail said that Krarup described the ceremony as ‘uncivilised’ and the marae, or meeting house, where it was held as a ‘grotesque’ mark of multicultural worship. The Daily Mail said that New Zealanders found her remarks highly offensive. It quoted Maori culture expert Dr Ranginui Walker saying Krarup’s remarks showed complete ignorance. ‘She has a totally monocultural view of the world and doesn’t understand that the welcome she received is the highest honour’. Danes living in New Zealand were equally appalled. Dorthe Siggaard, who has lived in New Zealand for 12 years, told news agency Fairfax that Krarup does not represent what Danes think about Maori culture. ‘Of course this is embarrassing – we are not proud of these comments,‘ she said.‘Krarup is against anything to do with Islam, immigration – anything. It is no surprise she has made comments about indigenous people’, Siggaard said to Fairfax.