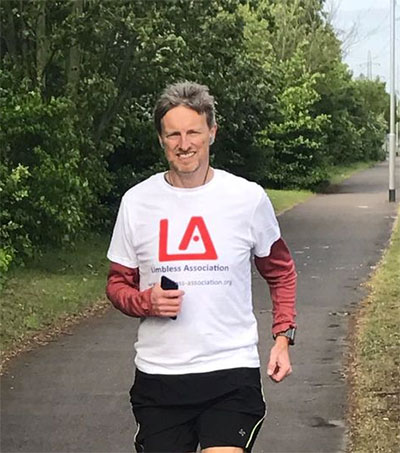 Originally from New Zealand, IT consultant Richard McChesney, 48, who now lives in Kingston-Upon-Thames in the UK, has completed a 257km nonstop walk of the M25 in under 44 hours to raise funds for the Limbless Association.

McChesney moved to England in 2008 and said when he discovered the M25, he immediately saw a challenge.

“Most of it went really smoothly but the last six hours were a real struggle,” McChesney said.

“One of the representatives [from the Limbless Association] supported me for the last six hours, I needed the moral support and he was there to encourage me and helped me to get through it.”

So far he has raised around £1,600 of his £5,000 target for Limbless Association which supports amputees, pre and post amputation.

He spent the two-day period walking on A and B roads as close to the motorway as he was allowed and did not sit down once – spending the 44 hours on his feet, moving forward and occasionally stopping for food.

He has walked further distances – his longest ever walk was the 613km challenge during the “6 jours de France” last October, a six day race in Privas, France.

Over the six days he had just 14 hours of sleep and the distance of 613km ranks him as the 17th best six-day race walker in modern race walking history and the second best in the Commonwealth, behind another New Zealander, Gerald Manderson.