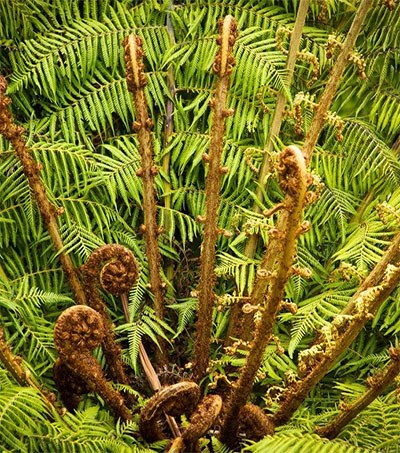 Reminders of Home in Abu-Dhabi

Abu Dhabi-based journalist, New Zealander John Henzell, who writes for English-language newspaper the National, says one of the things that often unites the country’s massive expatriate population is a desire to be surrounded with a few reminders of home while making new lives in the UAE.

For Henzell, it’s a fern.

“The mature fern sitting on my work desk now was grown from a tiny bulbil harvested from the fern house in Christchurch Botanical Gardens last year,” Henzell writes. “The fern house was a favourite place to visit on grey wintry days during the dozen years when I worked for a newspaper in the city.

“The Christchurch earthquakes put paid to so much from that time.

“For the time being, a tiny hint of home lives on in a pot on my desk. From being barely bigger than a fingernail in size, it has now grown 20 times as big. The fronds have sprouted bulbils of their own which have been harvested and planted ready to give away to other homesick Kiwis.

“In its way, this process has turned full circle. The buildings in Christchurch that succumbed to the earthquakes were built more than a century ago in an architectural style poorly suited to an active seismic zone but were primarily intended to remind the English settlers of Christchurch of life back in the old country.

“They succeeded in that goal, with Christchurch regularly being named the most English city outside of England despite being about as far from England as it was possible to be and in the midst of an earthquake zone.

“Now I in turn have a reminder of my old life in New Zealand on a desk in a newspaper in Abu Dhabi.”