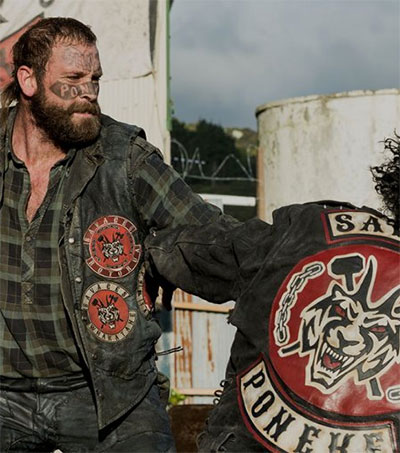 Wellingtonian Sam Kelly’s directorial debut Savage has now wrapped up production. The drama is inspired by the true stories of New Zealand’s street gangs and their founding members.

Savage stars Australian actor Jake Ryan (The Great Gatsby, Wolf Creek), John Tui (Solo: A Star Wars Story, Battleship) and Chelsie Preston Crayford (Beyond the Known World, What We Do in the Shadows).

Written and directed by Kelly (Lambs, Darlene), Savage follows the story of Danny at three critical moments in his life that each push and pull him towards and away from gang life.

Each chapter of Savage is set in a defining time for New Zealand street gangs: from the tough state-run boy’s homes of the sixties where many members grew up; to the emerging urban gang scene in the seventies where teenagers created their own “families” and fought rivals; to the eighties when gangs became more structured, criminal and violent.

Across his lifetime, Danny searches for connection and, torn between his biological family and the gang he now calls his own, must make a choice.

“I want to depict flawed but real characters, to find what I call the ‘sharp edge’: where it feels raw, charged and bold,” Kelly, 37, said.