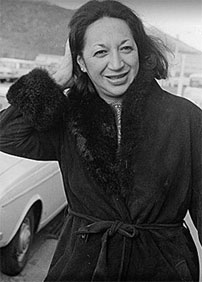 Whetu Trikatene-Sullivan, New Zealand’s longest serving female MP has died in Wellington, aged 79. Trikatene-Sullivan, of Ngai Tahu, was Labour MP for Southern Maori for 29 years, from 1967 till 1996. She famously travelled up to 4,km each year getting around her electorate. She was born in 1932, and pioneered educational, welfare, cultural, and community programmes for Maori people for over 3 years. When she was appointed to the Order of New Zealand in 1993, her citation said she had worked towards the “harmonious relationship between the Maori and European New Zealand communities and advocated on behalf of Maori in order to remove disparities between the two cultures”. She was Minister of Tourism, Associate Minister of Social Welfare, and Minister for the Environment. She was also instrumental in the establishment of the Waitangi Tribunal, was the founding President of the New Zealand Maori Students’ Federation and as Vice-President of the Victoria University of Wellington Students’ Association in 196, she advocated the student health counselling service and the instigation of tuition in Te Reo. Minister Chris Finlayson said she was an inspiring leader of her people and a genuinely great New Zealander.