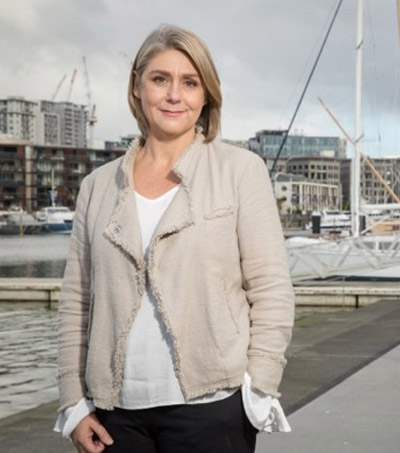 “In a country celebrated for women’s leadership and where women were first to win the vote, it’s surprising to find a shortage of philanthropic funds by women, for women,” reports an article published in Philanthropy New Zealand.

Dellwyn Stuart of the Auckland Foundation is seeking to change that by establishing the first New Zealand Women’s Fund.

“A women’s fund is a community of interest focussed to create an impact on issues surrounding women,” she said. “The idea of establishing New Zealand’s first women’s fund came about after many conversations about generosity and the recurring theme that women are often more generous in their decisions around giving,” Stuart said.

“I thought, ‘Well—that’s interesting. If women are more generous, are women more involved in this decision around giving? If they are, are there particular differences in the way they approach their generosity?’” “Research shows women are much more motivated by empathy. When they can relate to a circumstance or an experience, they tend to be focussed on how to help people change things,” Stuart explains. She also believes there’s been a “reenergising of the women’s movement” in the last 12 months “with the election of Trump and the women’s marches across the world.”

“The fund’s participatory model reflects the idea of a collective or a movement, in which everyone is involved to make change or face a challenge,” reports the article. “They’ll come together, explore the issues facing women, meet some of the groups involved and make a decision about where that gift goes,” Stuart said.

“Many of the overseas women’s funds explored in the research” have also focused on economic independence for women. “Variables that determine economic independence are things like prevention of domestic and sexual violence, pay equity, access to health care and safe housing,” according to Stuart.

“So to help achieve that, there will also be an aspect of promoting and supporting access to education that will help vulnerable girls and women overcome barriers and ensure that they have the chance to live the lives they want to live.”

Stuart says that the New Zealand model will be unique. “It’s a different environment here in New Zealand than say the US. We do have wonderful institutions like the Māori Women’s Welfare League and the National Council of Women that are active in the advocacy space,” she said.

“I’m not so much seeing the Women’s Fund as being in that advocacy space, rather being a channel for women’s generosity to each other, applying a gender lens to giving and saying ‘When I give, how does my giving affect girls and women?’”

“Stuart says the Auckland Foundation’s role is enabling people to join, come together and start canvassing issues they want to impact. Following that, she anticipates that the Women’s Fund will likely be in a position to set up an endowment fund and make its first substantial grant before the end of 2018,” reports the article.

“To establish the donors, Stuart has organised a series of events aimed at raising awareness of women’s generosity, including a one-day summit on March 6, Women Give 2018”, which will focus on what’s “unique about women’s giving” and will “talk about the different ways women like to give collectively.”