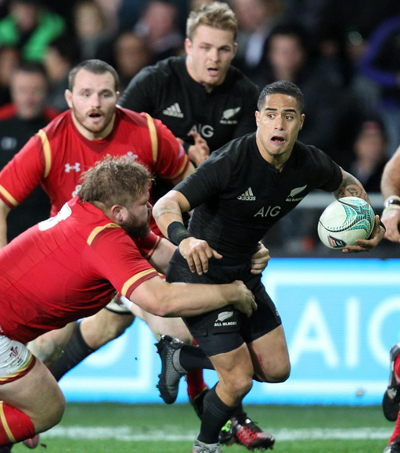 New Zealand has beaten Wales 46-6 to seal the three-Test series at Forsyth Barr Stadium in Dunedin. This win was the 29th in a row for the All Blacks over the Welsh who not only maintained their unbeaten record, but extended their home run to an amazing 41 consecutive victories.

As harsh as the lessons have been for Wales over the course of the series with the world champion All Blacks maybe, just maybe, the experience will have done them some good. That has to be the hope after they went down to a 40-point defeat as they dropped their standards from the first two Tests to crash and burn under the roof in Dunedin. Six tries to nil tells its own story, as does conceding 16 tries in the series.

“We gave it everything but they were just way too good for us,” Wales captain Sam Warburton said. “We fell off too many tackles. It was one of those days when they were a heck of a lot better than us. It was definitely a tough one.

“The strength in depth they have in New Zealand is remarkable and I realised that when we played the Chiefs. They had eight players out with the All Blacks, but they were great as well.

“They may have lost Carter, McCaw, Nonu, Smith and all of those great players, but that doesn’t make a difference here. They lose a little bit of experience, but they have some super players to come in.”

Steve Hansen, the New Zealand coach, pointed to the heavy workload for Wales’s players. “It’s a tough time for teams at the end of their season, especially in a World Cup year when they have just gone straight through without a break. We are happy to win the series 3-0. If anyone had said beforehand that we were going to lose 818 caps and do what we have just done, then I would be happy with that.”