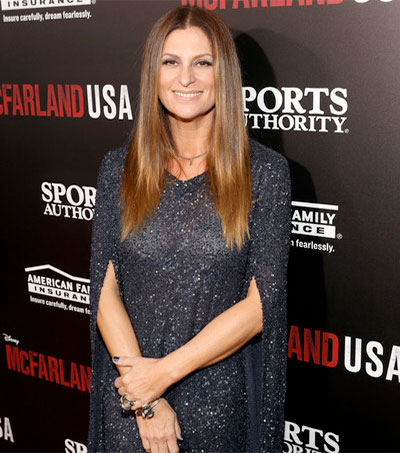 New Zealander Niki Caro is the director of McFarland, USA, a Disney film based on the true story of a 1987 cross country team from a predominantly Mexican-American high school starring Kevin Costner. McFarland, USA made its world premiere at this year’s Santa Barbara International Film Festival.

In 1987, the population of McFarland, in southeast California, was only about 7000, of which a huge portion was under the poverty line. Then, as now, families routinely required their young children to work in the fields to help support the household. Residents had little time or money for after-school sports. But when noted cross-country coach Jim White, 73, observed the endurance of the teenagers who would pick fruit in the mornings, run several miles to school, then run back home – sometimes to return to the fields – he persuaded the high school to start a cross-country team.

“First thing I saw, first day,” Caro says, “– I was quite taken aback by the heat and the light – but if you go into town in the middle of the day, there’s nobody there. It’s a ghost town. I saw maybe six people. Of course, everybody’s working. Then the sun starts to go down and it gets a little cooler … you start to see packs of kids running.

“Jim took me to see the high school team practice. I saw those kids coming down one of those dusty roads and the sun behind them and puffs of dirt off their heels – how strong they are, how beautiful, how fast.

“You can’t go anywhere without falling over someone running in McFarland in the evening. What makes it even more beautiful is that the original guys are still going out with those teams.”

Variety’s chief critic Justin Chang described McFarland, USA as a “predictable and predictably rousing” film, an “inspirational sports pic,” which “earns points for its big-hearted portrait of life in an impoverished California farming town, the likes of which we too rarely see on American screens.”

Wellington-born Caro is the director of the award-winning 2002 film Whale Rider.