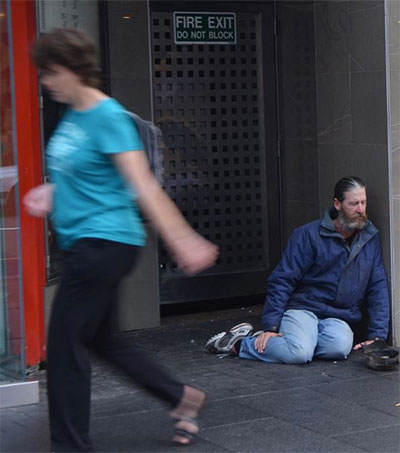 “The image of New Zealand as a kind-hearted social democracy, a Scandinavia of the South Pacific, is deeply engrained in its culture,” Auckland journalist Branko Marcetic writes in a feature for New York-based political magazine Jacobin.

“In fact, this view extends far beyond the country’s borders,” Marcetic continues. “A Kiwi in the United States is likely to field three common queries: questions about the country’s natural beauty, about The Flight of the Conchords, and about how much more progressive New Zealand is than America.” (There’s an occasional fourth that has something to do with Lord of the Rings.)

“To be clear, New Zealand has earned this reputation. Its quality of life is consistently ranked among the highest in the world. In metric after metric – whether examining corruption or life expectancy – it rates well above average. Perhaps most significantly, New Zealanders themselves report extreme satisfaction with their lives.”

“All of these accolades cover up another truth, however: New Zealand hasn’t been a social-democratic paradise for a long time now. Often considered a ‘social laboratory,’ New Zealand eagerly adopted radical neoliberal reforms in the 1980s like few countries before or since. Nevertheless, its kindly image persists, in and out of the country.”

“All countries have narratives. In the United States, it’s the ‘American Dream,’ the idea that hard work makes millionaires. In New Zealand, it’s the idea that a benevolent, liberal state will look after its people.”

“New Zealanders would be shocked to find that since 2001 and throughout all of the Labour years, social spending as a percentage of GDP has been on or below the OECD average. New Zealand has consistently appeared in the lower half of OECD social spending, closer to the United States than to countries like Finland, Denmark, Sweden, and even France and Germany, which rank far above it.

“Despite adulation from people like Peter Schiff, New Zealand is hardly the libertarian promised land. It continues to have a robust government involved in many aspects of its citizens’ lives.”

“Still, decades of neoliberal reforms have not only hardened social attitudes and eroded some of the country’s greatest legislative accomplishments, but also rolled back many of the elements central to its self-image. A country once proud of its egalitarianism now has higher income inequality than much of the developed world. A country once known for its prosperity now suffers with shameful levels of poverty. A country that markets itself as ‘clean and green’ now must face the reality of its environmental degradation.”

“For the vast majority of the population, much of this remains invisible, which explains why Kiwis continue to view their country through social-democratic-tinted glasses. Perhaps if they looked more honestly, they could start to solve these problems.”

Marcetic is also a regular contributor to In These Times.