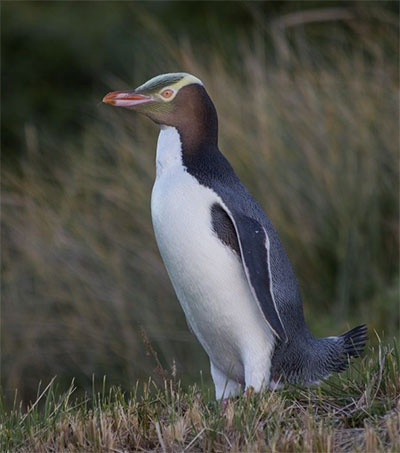 New Zealand’s Bird of the Year is the Hoiho

The endangered hoiho (yellow-eyed penguin) won New Zealand’s coveted Bird of the Year competition after two weeks of intense campaigning, the BBC reports. The hoiho saw off many avian rivals to become the first penguin to win the annual honour in its 14-year history.

With only 225 pairs left on New Zealand’s mainland, the hoiho is said to be the rarest penguin in the world. Experts say the hoiho is an anti-social bird that communicates with a high-pitched scream.

Forest & Bird, the conservation group that runs the poll, said the hoiho’s victory over the kakapo and last year’s winner, the kereru, was a “huge upset”.

“It was so close between these amazing endangered birds, it was impossible to predict a winner for most of the competition,” spokeswoman for the group Megan Hubscher said.

Underlining the significance of the result, Prime Minister Jacinda Ardern acknowledged the penguin’s victory at her weekly press conference.

“I feel inclined to congratulate the winner given it’s the first seabird that’s taken out top honours,” Ardern said.

“New Zealand’s recent election, which ended up with an electoral landslide for the incumbent Prime Minister Jacinda Ardern, says something about women in leadership roles. With the leaders of New Zealand’s…