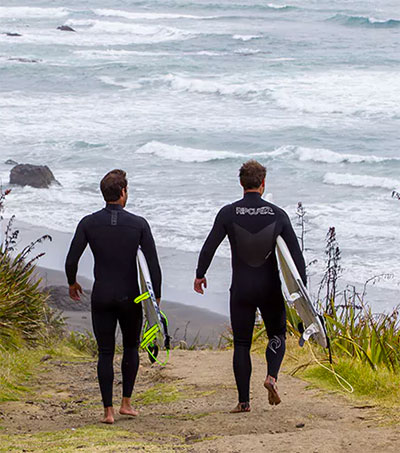 Big 7, a travel website aimed at millennials, conducted a survey among their readers and ranked 50 accents from around the world depending on how sexy they are perceived to be. The New Zealand accent grabbed the top spot and the website had nothing but praise for it, Annemarie McCarthy writes for Lonely Planet Travel News.

“To a novice ear”, the website said, “the New Zealand accent might sound just like the Australian accent, but Big 7 Travel readers disagree. The ‘Newzild’ dialect is outrageously charming.”

The news has been making headlines in New Zealand, according to Lonely Planet, with some media outlets expressing surprise, although others were just delighted they beat their nearest neighbours Australia who came fifth. Despite others often mixing up Aussie and Kiwi accents, McCarthy writes, their different vowel sounds can be a source of parody between the two.

South Africa was also somewhat of a surprise entry at number two, beating out some of the other more traditionally romantic European accents like French, Italian and Irish. Their “unique tones and Saffa slang” were credited with landing them the high ranking.