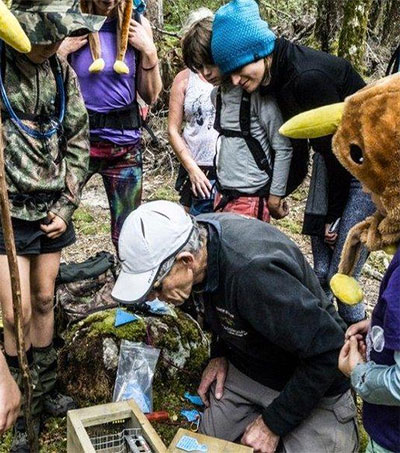 New Zealand Ramps up Plans to Purge All Pests

There are strains on New Zealand’s environment. In this corner of the South Pacific, waterways are increasingly polluted and, from the suburbs to the alpine peaks, an untold army of feral pests is running amok, putting about 80 per cent of New Zealand’s bird species at the risk of extinction, Phil Mercer writes in a feature on the BBC’s website. It’s four years since the former prime minister John Key set a goal of eradicating stoats, rats and possums by mid-century in arguably the world’s most ambitious bio-diversity fight-back.

“It is a massive project but it is starting to track really well,” Brent Beavan, the programme manager for Predator Free 2050, told the BBC. “Over the next five years I think you’ll see that momentum accelerate and then we’ll start stepping into some really large-scale programmes.”

The task ahead appears truly Herculean, but Jessi Morgan from the Predator Free New Zealand Trust, which supports grassroots organisations, believes there has been a decisive cultural shift in the attitudes of New Zealanders.

“What has changed is the main-streaming of this movement,” she explained to the BBC.

“It is now becoming something that we all do and we all have bought into this vision of removing predators from New Zealand. In Wellington [the capital] there is now not a suburb within the city that doesn’t have a predator-free community, and that’s pretty massive.”

However, there is a realisation that conquering vast areas of wilderness in a country with more land than the UK won’t be easy.

“I guess what is terrifying is that there is nowhere safe. We’re not quite sure how we eradicate over a large island like the South Island of New Zealand,” Morgan added.

Meanwhile wildlife defenders around the country are busy trying to fortifying sensitive habitats against invasion.

Near the coastal village of Mapua, 30km from Nelson, the sight of migratory birds and killer whales are seasonal treats. But lurking in the undergrowth are hordes of predators that conservationists say are threatening the survival of the Banded rail, a rarely seen wetland bird.

“My kids call me the Rat Lady because I’m always talking about rats,” said Tracey Murray, a conservation worker, who has helped to build a large arc of traps.