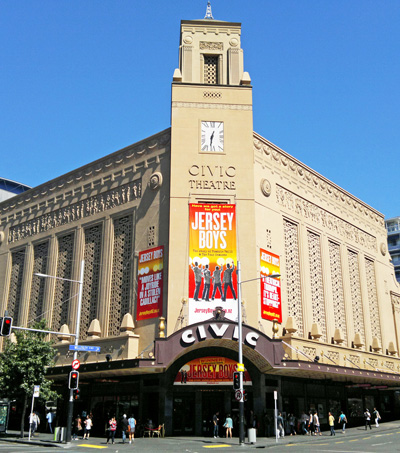 The first five titles of the New Zealand International Film Festival Line-up have been released, which include “a whole raft” of “films emerging from Sundance”.

Umrika, written and directed by Prashant Nair won the Sundance Audience Award for World Cinema. “Nair lends scenes of unmistakable warmth and a delightfully quirky comic touch with a sobering reflection on the palpable perils of chasing the American Dream”, according to Heidi Zwicker, International Film & Collection Manager at the Sundance Film Festival.

The second import from Sundance Film Festival is Marielle Heller’s The Diary of a Teenage Girl, in which 15-year-old San Francisco teenager Minnie Goetze throws herself into an affair with her mother’s boyfriend.

Crystal Moselle’s The Wolfpack, winner of the Documentary Grand Jury Prize at Sundance “delves into the bizarrely sheltered lives of six brothers whose father has confined them and their sister since birth to the tiny rooms of their Lower East Side apartment”.

The fourth title Grandma “is really a story about three generations of women and how they interact with each other… Lily Tomlin adds heart, soul, and, naturally, tons of comedy”, said Brian Moylan in his movie review published in the Guardian.

Cartel Land, Matthew Heineman’s unnervingly action-based documentary, “captures the impact of Mexican drug cartels on both sides of the border”.

The New Zealand International Film Festival will screen in Auckland from 16 July to 2 August, and in Wellington from 24 July to 9 August.