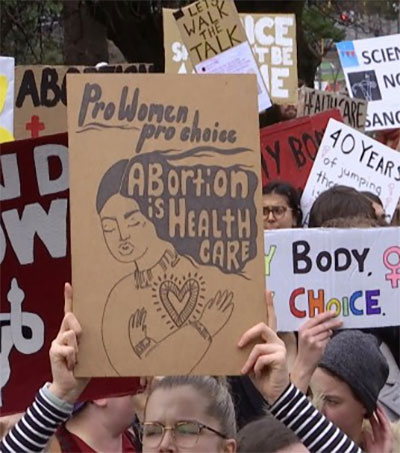 Lawmakers have voted to liberalise New Zealand’s abortion law and allow unrestricted access during the first half of pregnancy, ending the country’s status as one of the few wealthy nations to limit the grounds for abortion during that period, Richard Pérez-Peña reports for The New York Times.

Members of Parliament also greatly loosened restrictions on abortions in the latter half of pregnancy, with language that opponents say amounts to no meaningful limitations until the moment of birth, Pérez-Peña reports.

Lawmakers voted 68 to 51 to approve the bill, which would take effect a day after receiving assent from the Governor-General Dame Patsy Reddy.

New Zealand’s existing law on abortion, adopted in 1977 and amended a few times, treats termination, even early in pregnancy, as a crime, though officials say that no one has ever been prosecuted for it. The new law would remove it from the criminal statutes, and provides no penalties for violation.

The existing law does allow for some exceptions – about 13,000 abortions a year are performed legally, the Government said – as when a woman’s physical or mental health is endangered. Critics claim that has made it common for women to feign mental illness to obtain abortions, and for doctors to play along.

But even then, the approval process has been difficult and slow.

“The current framework requires women seeking an abortion to maintain a fiction about their mental health,” Justice Minister Andrew Little said. “They have to consult multiple practitioners, multiple health professionals. And what that has done in New Zealand is caused women, those who get an abortion, to get it much later in the pregnancy than is desirable.”

The new law will allow a woman to obtain an abortion on demand up to 20 weeks into a pregnancy. Beyond that point, abortion would be legal only “if the health practitioner reasonably believes that the abortion is clinically appropriate in the circumstances.”

But the bill does not say what counts as appropriate. It states only that the practitioner must consult with at least one other colleague, and take into account “all relevant legal, professional and ethical standards”, the woman’s physical and mental health and “overall well-being”, and the age of the foetus.

Most countries in Africa, Latin America and the Middle East have abortion laws that are as restrictive as New Zealand’s has been, or more so. But among the most highly developed countries, only Poland and South Korea do, according to groups that study the issue.

Ireland had the most complete ban in Europe until the law was changed in December 2018. Australia’s most populous state, New South Wales, decriminalised abortion last September.