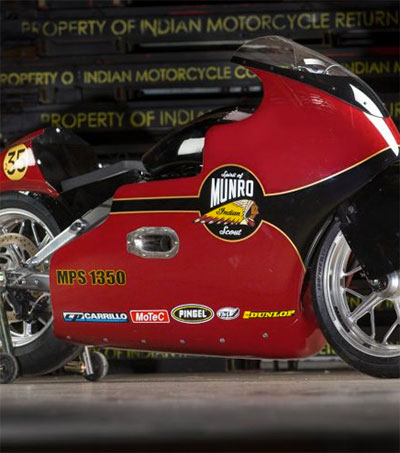 Indian engineers have built a new ‘fastest Indian’, and they’re bringing it along with Burt’s great-nephew, Lee Munro to Bonneville to appear at this year’s Salt Flats races.

Based around the modern Indian Scout, the run that the ‘Spirit of Munro Scout’ will make won’t be part of any race – it won’t even attempt to break Munro’s record – and is nothing more than a pleasant marketing stunt.

But when the bike looks this good, and the story is this strong, we say why not?

Look at it. If you could get rid of the sponsor logos on the base of the fairing, it’d be even more beautiful.