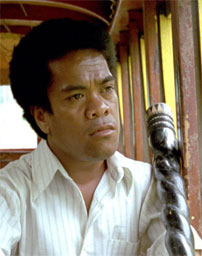 Samoan-language feature The Orator (O Le Tulafale) is New Zealand’s first-ever entry into the best foreign-language film category for the 84th Academy Awards. New Zealand Film Commission CEO Graeme Mason said: “The selection of this film by a committee of such calibre is a further endorsement of the special qualities of this beautiful film and could provide a terrific platform for Tusi [Tamasese’s] career as a filmmaker.” The Orator recently had its world premiere at the Venice Film Festival, where it was awarded a special mention in the Orizzonti Competition section. Judges there said the debut feature from Wellingtonian Tamasese “expands the border of cinema with this mystical tale of brave individuals negotiating the politics of community in the Samoan countryside.” The Orator is the first-ever feature made in and about Samoa.