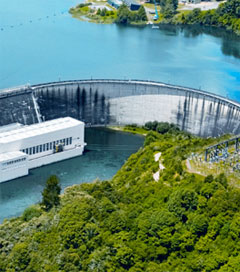 “Aerial shots of majestic dams and steaming geothermal power stations amid lush countryside form the backdrop for television advertisements promoting the initial public offering of the government-owned electricity company Mighty River Power,” Jonathan Hutchison reports for The New York Times. “Selling stakes of as much as 49 per cent of several state-owned companies has been a key part of the National Party’s policy since its successful 2011 campaign for a second term in government. On 10 May, Mighty River Power is to be the first offering. But behind the slick marketing campaign, the path to its partial privatisation has been halting and messy, putting a big question mark over government hopes that New Zealanders will diversify away from real estate investment.”