NZEDGE  >  News  >  Society  >  Maori Language Is Having a Renaissance in NZ 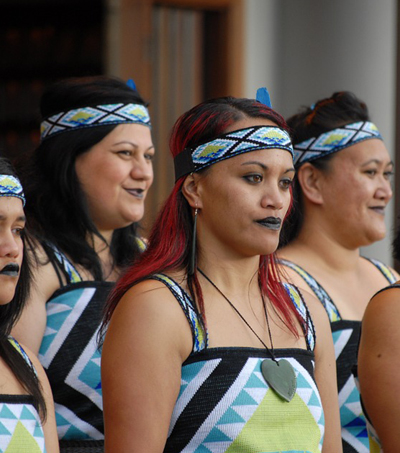 Maori Language Is Having a Renaissance in NZ

“A teenage thrash metal band screams out Maori lyrics in its latest videos. A popular radio host is learning New Zealand’s indigenous language and sharing new vocabulary with his audience. Maori is having a revival across New Zealand,” writes Charlotte Graham-McLay in an article for The New York Times. “Indigenous people are increasingly embracing their language, rejecting generations of stigma and shame associated with its use. And white New Zealanders are looking to Maori language and culture to help them make sense of their own cultural identity.”

“This is the new New Zealand,” said Ella Henry, a Maori studies lecturer at Auckland University of Technology. “It’s not a blip in the cultural landscape. This is what New Zealand is becoming: a truly integrated place.”

“As of 2013, just 3.7 percent of New Zealanders spoke the language fluently, and many predicted that it would soon die out,” as reported in The New York Times article.

“Now New Zealand’s government, which says it wants more than 20 percent of the country’s population to speak basic Maori by 2040, has pledged to provide Maori lessons in all New Zealand schools by 2025, despite a dearth of teachers who can speak the language.”

“A “Maori renaissance” blossomed in the 1970s as language activists championed their cause (…) The movement has gathered pace in recent years, with greater visibility and government efforts to support language instruction leading to shifts in day-to-day communication.”

“But it’s also spread by word of mouth — literally. Answering the phone with the greeting “kia ora” (hello) or signing off an email with “nga mihi” (thanks) has become increasingly common.”

“Maori also has a growing place in New Zealand’s mainstream popular culture” with thrash metal band Alien Weaponry releasing “an album in the language this year” and a New Zealand wide screening of Maori-language version of the Disney film Moana last September.

“At 15 percent of New Zealand’s population, Maori are the country’s second largest ethnic group, after Pakeha,” according to the article.

“There has been some pushback to the language revival, however.” “Proposals to officially replace English-language place names with traditional Maori ones” for instance “have prompted heated debate.”

“Scotty Morrison, a Maori language teacher who co-wrote the book “Maori at Home,” estimates that the next round of official figures will show a higher number of Maori speakers, and he said there could come a time when more non-Maori people than Maori speak the language at some level.”

For many, like Janell Dymus, 25, who is Maori, that would amount to a long-overdue mark of respect.

“Some days it is noticeably easier to be Maori, while other days are still a fight, she said, citing the higher rates of incarceration and poverty and worse health outcomes among indigenous New Zealanders.”

Dymus “said that use of the language was a first step to addressing social imbalances, and that anything reducing stigma around Maori was worth trying.”

“No matter how tokenistic it is,” she said, “the language uptake has to happen first.”