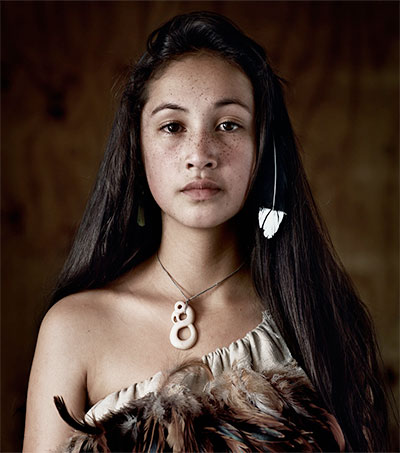 Powerful portraits of Maori feature in a new book about 31 unique tribes by British photojournalist Jimmy Nelson called, Before They Pass Away, “an irreplaceable ethnographic record of a fast disappearing world.”

Nelson writes that he wanted to witness the tribes’ “time-honoured traditions, join in their rituals and discover how the rest of the world is threatening to change their way of life forever.”

“We can only place the arrival of Maori in New Zealand in the 13th century AD. The early settlers did not call themselves Maori until the arrival of the European colonists in the 18th century. They then needed a name to mark their distinction from the newcomers and used Maori, meaning ‘ordinary’ (as in different from the extraordinary gods).

Other tribes which feature in the book include the Kazakhs in Mongolia, the Nenets of Russia and the Himba from Namibia.

Tags: 2board  Before They Pass Away  Himba  Jimmy Nelson  Kazakhs  Nenets